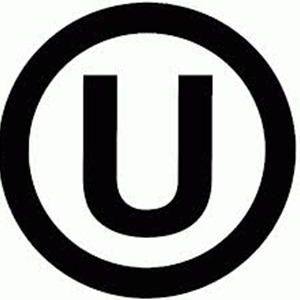 The OU (Orthodox Union) Kosher is the world’s largest and most widely recognized kosher certification agency, certifying more than 800,000 products produced in over 6,000 plants located in 92 countries around the world.The OU, termed a “coveted seal of approval” by The New York Times, is one of the world’s best-known trademarks. Comparing it to the UL®, Forbes magazine wrote, “If you want to know your food is kosher, you can look for the Orthodox Union’s OU symbol.”It immediately and universally enhances your product, raising the perception of its quality, and increasing its marketability.

Our 600 Rabbinic Field Representatives, located across North America and throughout the world – from Europe to Australia, from the China to South Africa—are proficient in modern food production techniques and chemical and biological processes, no less than the intricacies of Jewish law.

Our New York headquarters staff consists of over 50 Rabbinic Coordinators who serve as account executives for OU certified companies, supplemented by a roster of ingredient specialists, flavor analysts and other support staff.A state-of-the-art computer system stores and tracks product information and ingredients. The Orthodox Union database contains information on more than 250,000 food ingredients.

The OU does much more than ensure the highest standards of kosher certification. OU Kosher is unique among all the major kosher certification agencies, as it is part of a non-profit communal organization (founded in 1898), so that it can maintain the highest levels of integrity without any possible conflict of interest.The Orthodox Union, now in its second century of service to the Jewish community of North America and beyond, is a world leader in community and synagogue services, adult education, youth work through NCSY, political action through the IPA, and advocacy for persons with disabilities through Yachad and Our Way.

For more information about the Orthodox Union visit http://www.ou.org